Thats All I Have To Say About That

To a Profitable Africa

Conflict And Hyperinflation in South Sudan; Causes and Solutions

In this episode, Stephen looks into the case of Hyperinflation in South Sudan, which at one point last year had an over 660% inflation rate, how the problem arose, and what the potential solutions to the problem are. The South Sudan annual Consumer Price Index (CPI) increased by 101.9% from September 2016 to September 2017. The increase was mainly driven by high price in food and non-alcoholic beverages. The annual CPI increased in Juba by 143% and in Wau by 109% from September 2016 to September 2017. The South Sudan monthly CPI increased by 0.2% from August 2017 to September 2017, the monthly CPI increased by 8% in Juba and increased in Wau by11.2%. Economic performance has continued to deteriorate because of the civil war, the sharp fall in oil production, and the collapse of global oil prices. This has meant that the government is unable to raise the resources required to finance peace-related costs. In fact, financing even the normal 2015/16 budget, as approved by the assembly, remains a daunting challenge. Conflict and hyperinflation are the main causes of South Sudan's hunger crisis, according to the latest assessment by UN and aid agencies in the world's youngest country: South Sudan. 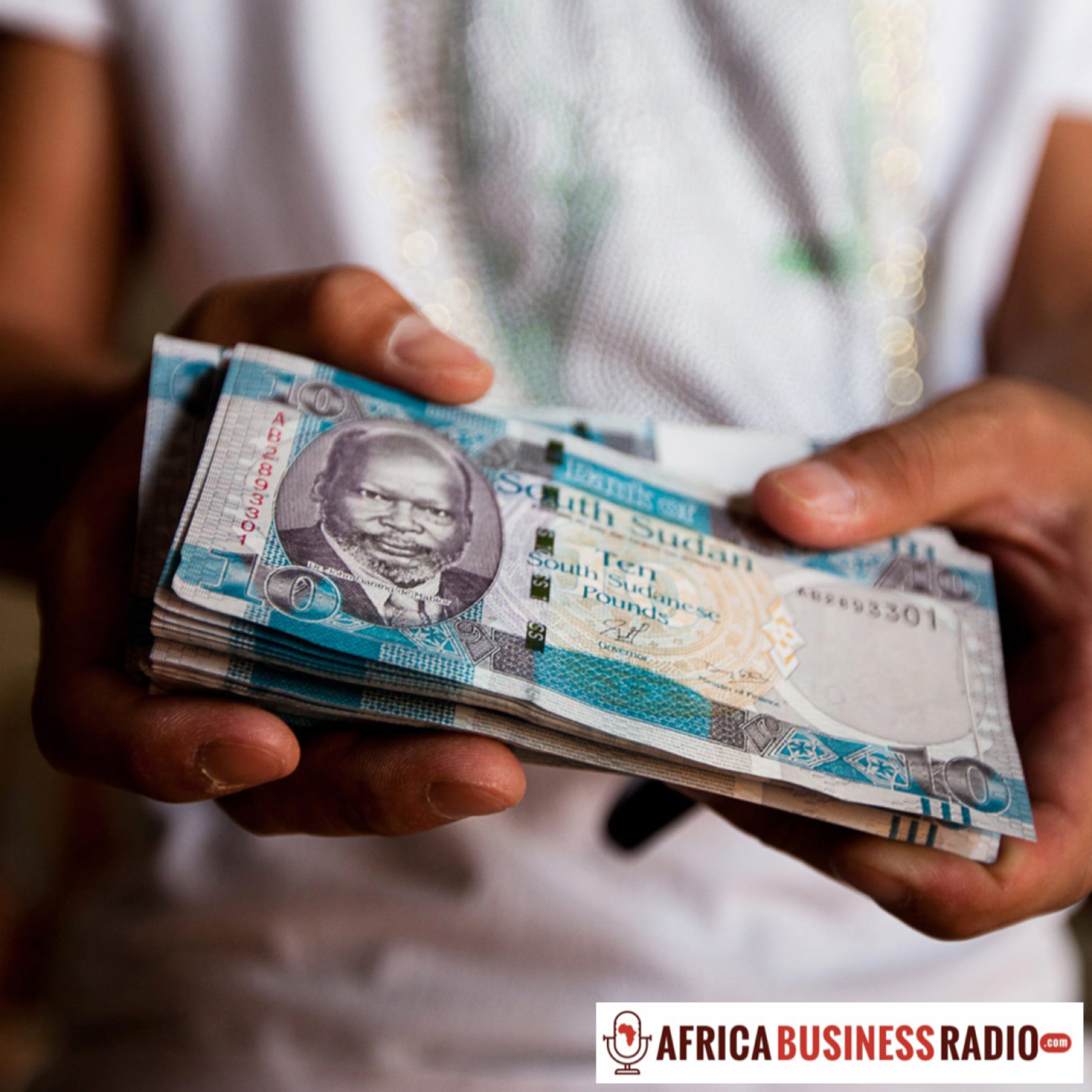 In this episode, Stephen looks into the 3 ways representatives explored developing Africa, entrepreneurship, intra-Africa trade, and Chinese investment. Africa 2017, Held under the High Patronage of H.E. President Abdel Fattah El-Sisi, President of the Arab Republic of Egypt 7 – 9 December 2017 Sharm El Sheikh, Egypt. Africa 2017 is a unique platform for public-private sector cooperation. It is a Business to Business and Government to Business Forum bringing together policymakers, financiers, leading industrialists and young entrepreneurs in the promotion of Intra-African trade and investment focusing on key strategic sectors. The 2017 edition builds on the success of the inaugural Africa 2016, which saw participation from six heads of state and more than 1,000 delegates from 45 countries. This year the program has been enhanced with exclusive Presidential Roundtables with African leaders and CEO’s and a Young Entrepreneurs’ Day. 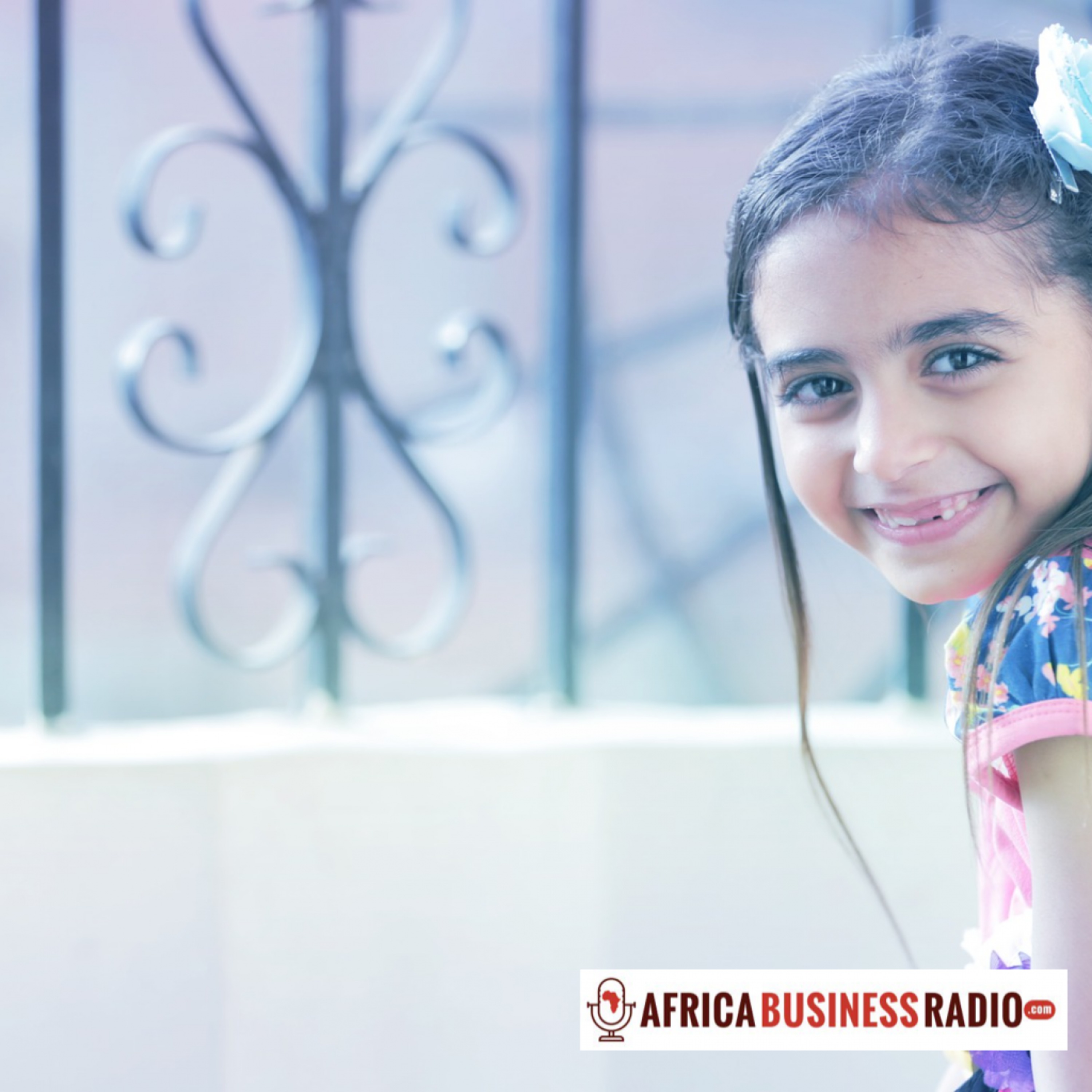 New Trend In African Financing - The Sales of Green Bonds

In this episode, Stephen looks into a new trend in African financing; The sale of Green Bonds. The link mentioned in the episode for verified bond options is: www.climatebonds.net A green bond is a tax-exempt bond issued by federally qualified organizations or by municipalities for the development of brownfield sites. Brownfield sites are areas of land that are underutilized, have abandoned buildings or are underdeveloped, often containing low levels of industrial pollution. Green bonds were created to fund projects that have positive environmental and/or climate benefits. The majority of the green bonds issued are green “use of proceeds” or asset-linked bonds. Proceeds from these bonds are earmarked for green projects but are backed by the issuer's entire balance sheet. 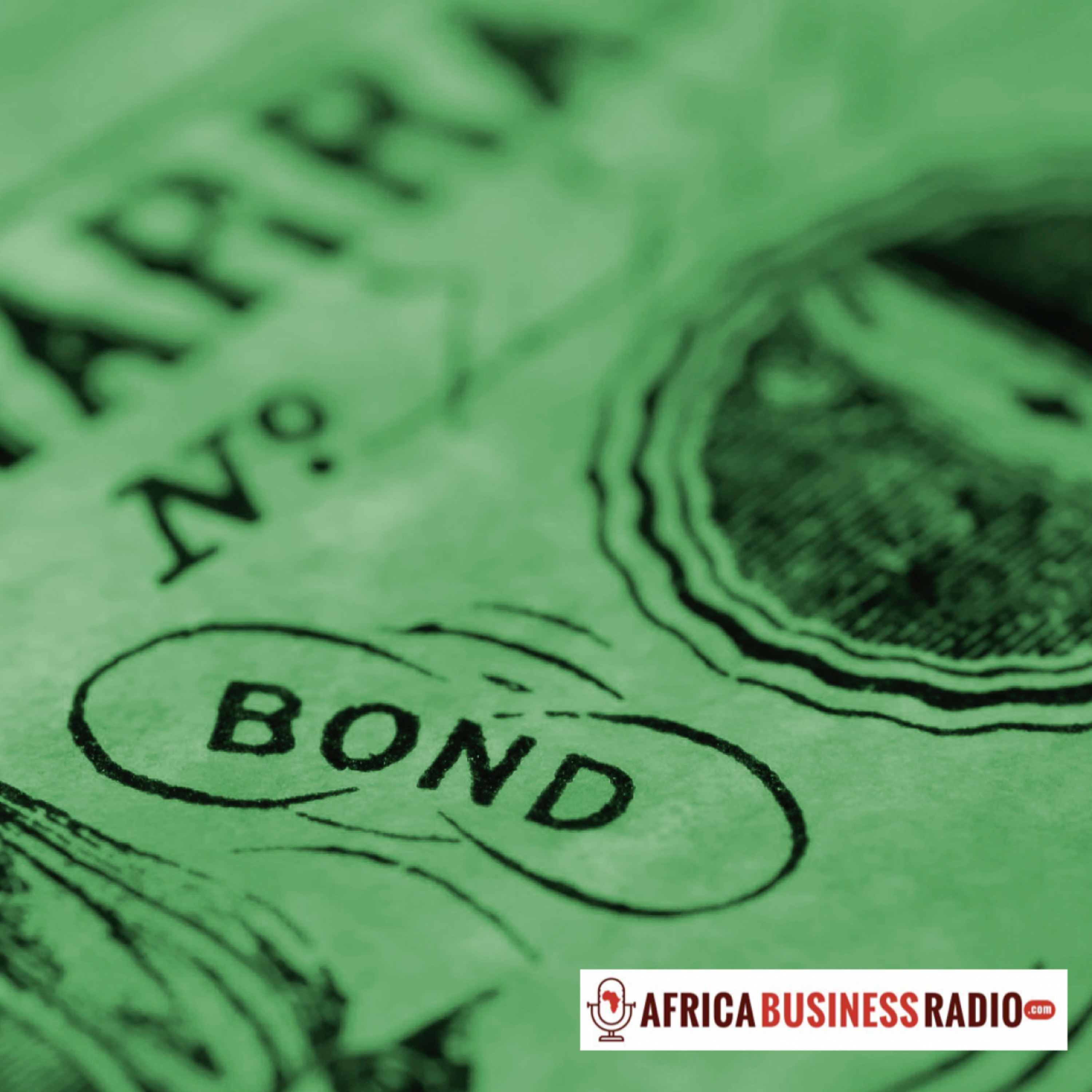 AU Forces Gave Up On Peace in Somalia! How Did We Get Here?

When Somalia gained independence on July 1, 1960. It was a unification of the British Somaliland, French Somaliland, northeastern Kenya, western Ethiopia and Italian Somalia to form what we call the country of Somalia today. Somalia was once considered as the Africa’s great hopes, attributed to Somalia’s cultural unity of the five regions pointed towards an easier path to democracy than other newly-independent African nations that struggled to incorporate the competing claims of varying ethnic groups. In this episode Stephen looks into Somalia, a country in turmoil, and looks into how it got there and what's going to happen next. 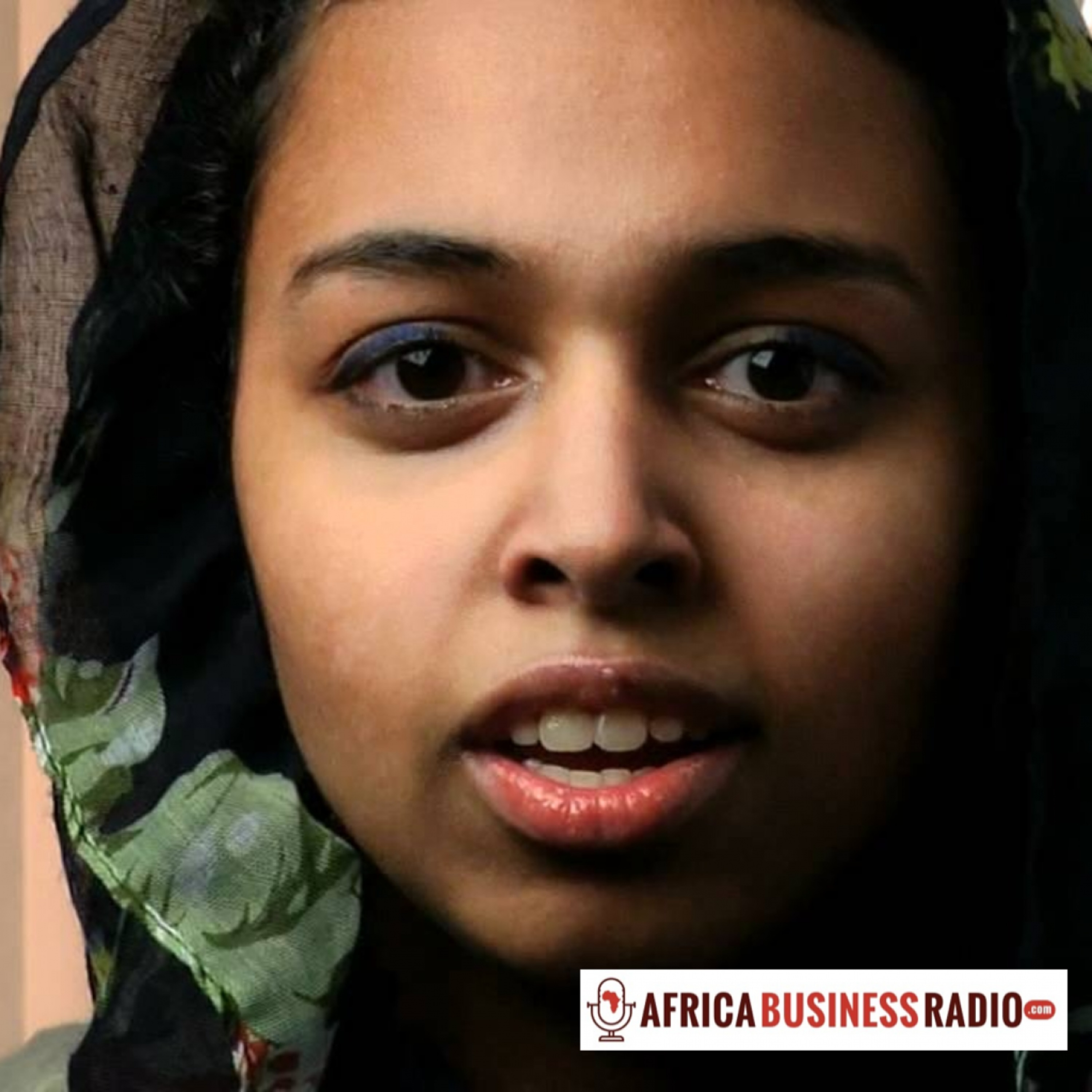 Since its creation in 2001, the International Criminal Court has only brought charges against Africans. Why is that and how are people responding? According to Jakartaglobe, 'It is clear that the ICC has disproportionately prosecuted those from the African continent; one could wonder why formal investigations have not been opened in Afghanistan or Colombia, but the deep involvement of the US in both countries suggest a possible limitation of ICC investigation' In another report by BBC, 'Burundi has become the first country to withdraw its membership from the International Criminal Court (ICC). It accused the ICC of deliberately targeting Africans for prosecution. The government of Burundi is accused of committing crimes against humanity, including execution and torture. The UN Commission of Inquiry is urging the ICC to open a prosecution soon. 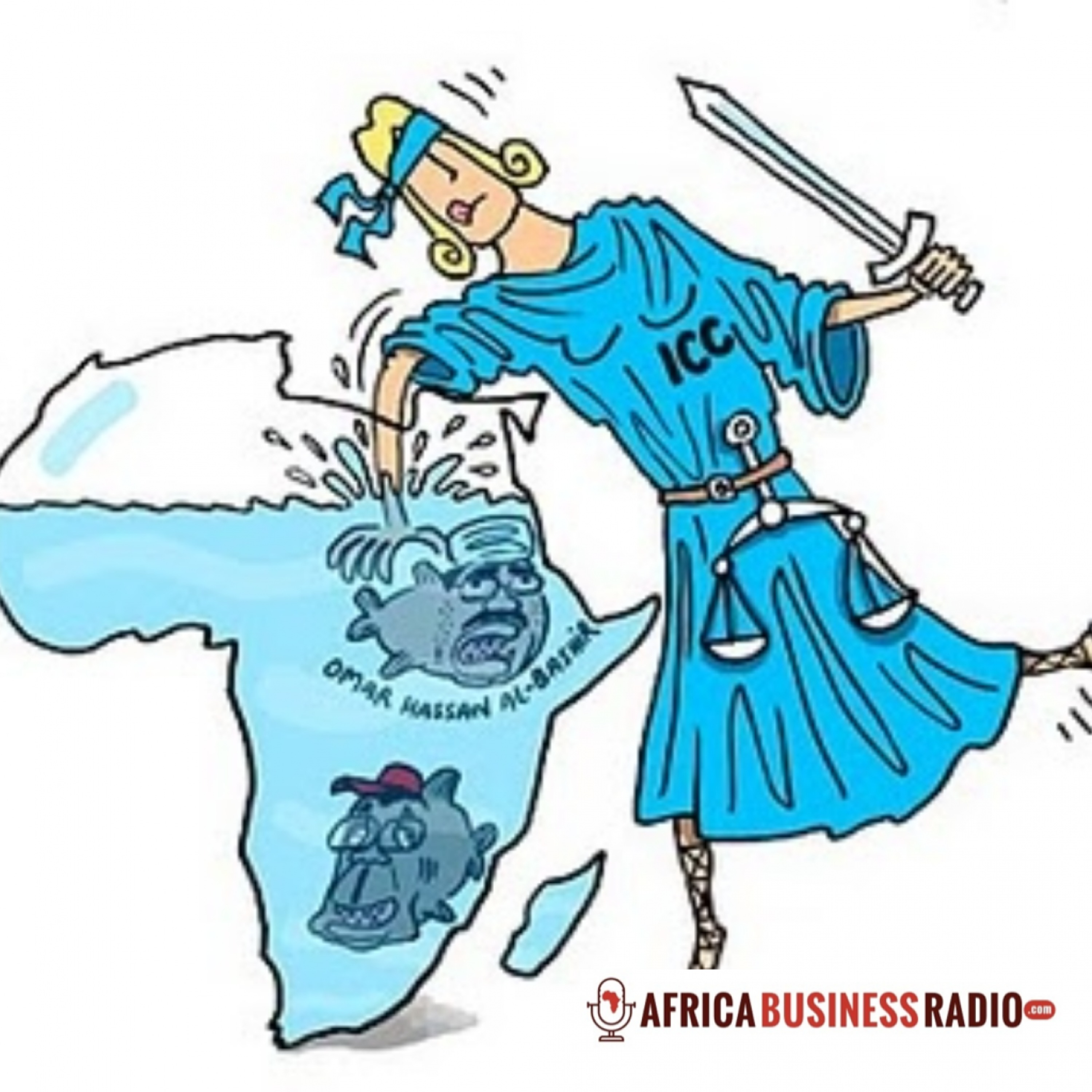 Stephen looks into the latest Trump scandal and why so few american senators know anything about the US military in Africa. US Military squad was travelling with other 30 Nigerian solders, the Us-Nigerian Force was ambushed by an highly equipped Isis affiliated militant group. The gun battle lasted for several hours which saw fourUS solders and five Nigerian solders killed; the combined forces also managed to killed about twenty militants during the clash. My question is that, why was the media only reporting about the US Solders and not the five Nigerian solders that were also killed. If Senators In Trump's America Don't Know About US's Troop in Niger, Then Who Does? 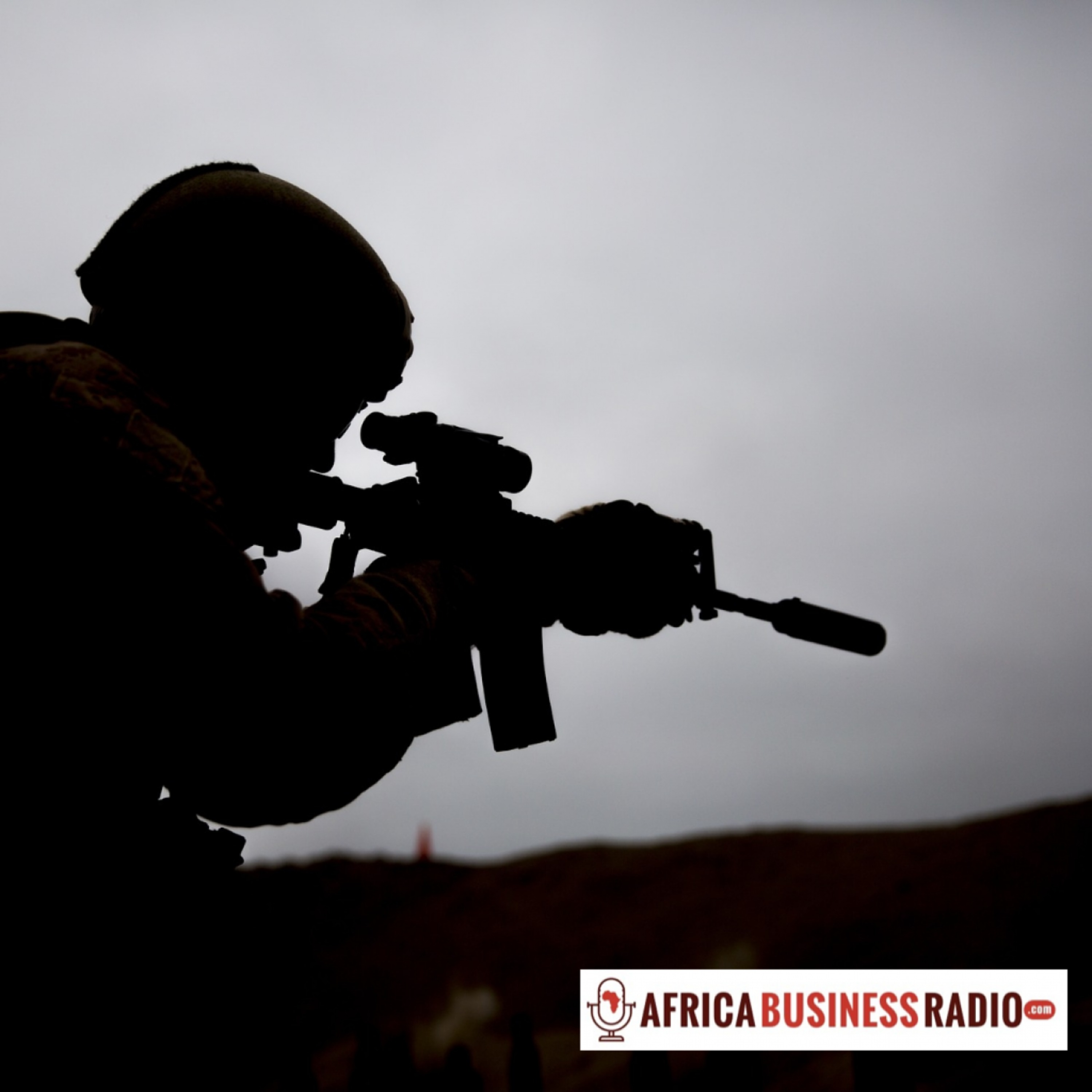 Saudi Arabia and Qatar - What They Are Not Telling You

In this episode Stephen looks back on Saudi Arabia and Qatar and sees what has happened since his last report 3 months ago. According to Amir Hossein Estebari of the Iran Review, the recent conflict between Qatar and three members of the Gulf Cooperation Council (GCC) is the toughest of its kind. Even though Saudi Arabia properly is in no doubt over the power of the new economic and political sanctions imposed on Qatar – supported by ten Islamic countries – so as to modify Qatar’s behavior in foreign policy. 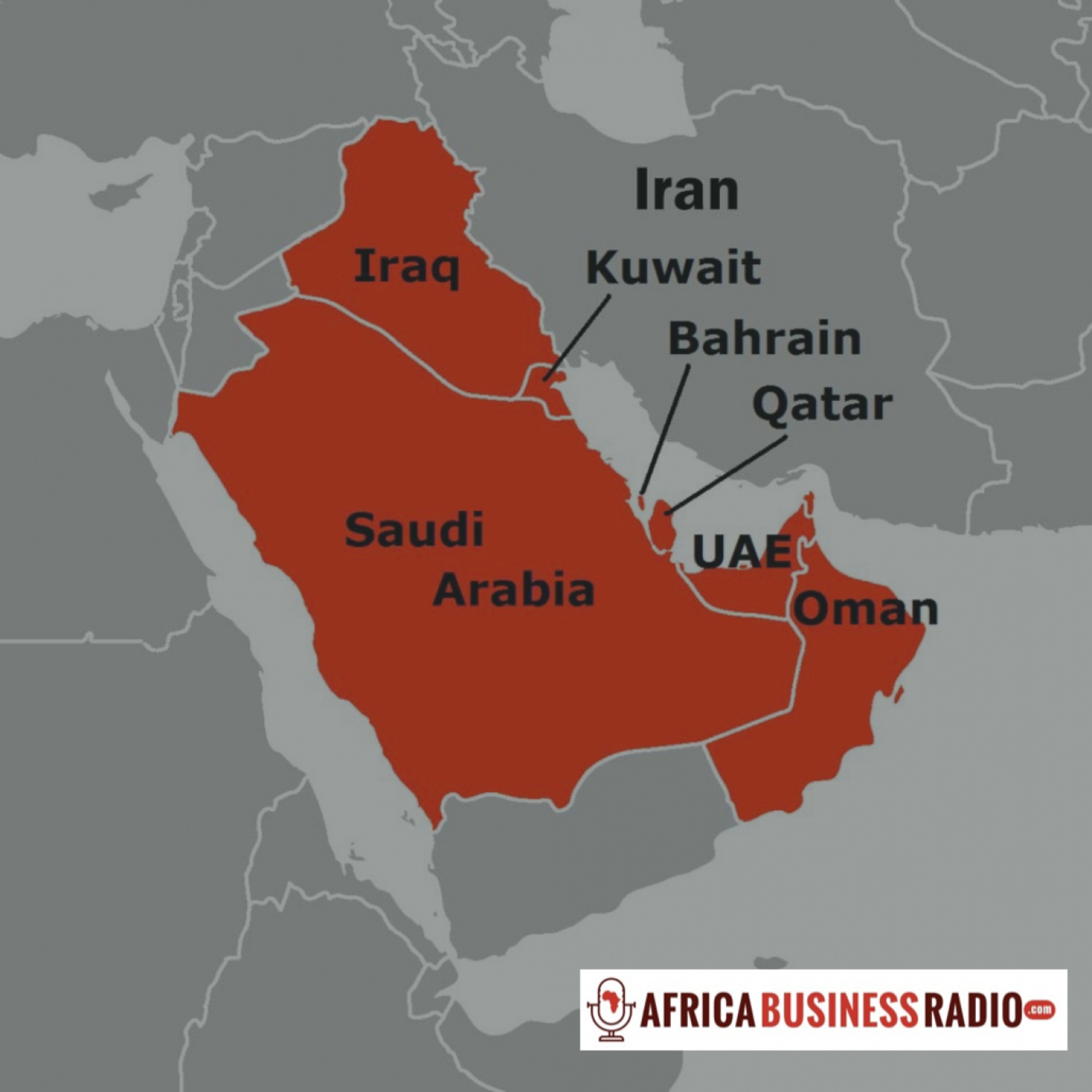 In this episode Stephen looks into Trumps views on Africa, whether its making up the country of "Nambia" or cutting aid in an environment where countries are stumbling over easchother to hand Africa money. The Trump administration's primary response has been to sell more weapons to Nigeria and increase military engagement in Somalia. This approach misses the bigger picture; 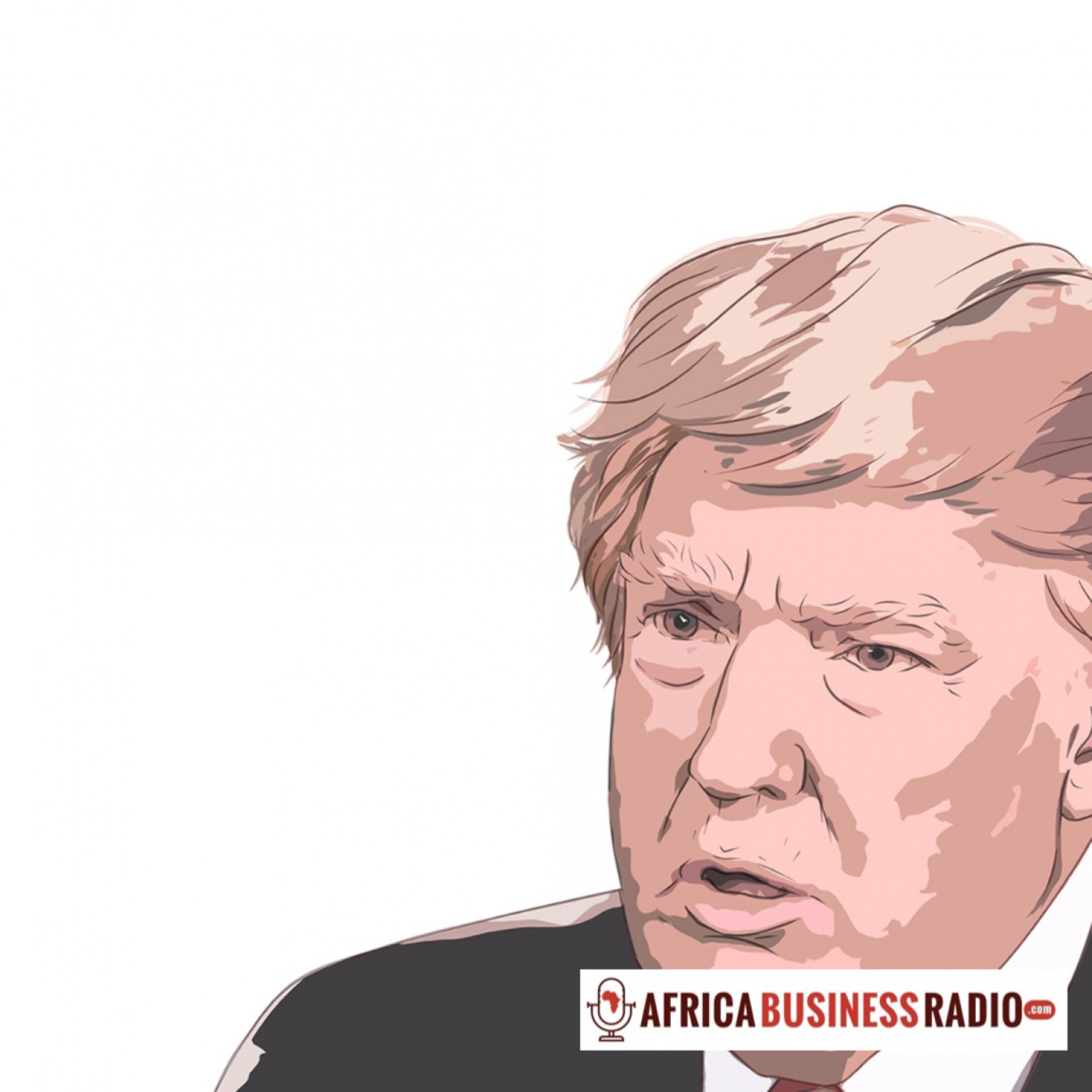 In this episode Stephen looks into Japan's first attempt to try to get into African politics and try to put a dent in China's growing oversees empire. In August 2017, Japanese Prime Minister Shinzo Abe told African leaders on Saturday that his country will commit $30 billion in public and private support for infrastructure development, education and healthcare expansion in the continent. The announcement of the Asia Africa Growth Corridor (AAGC), made by Prime Minister Narendra Modi during the African Development Bank (AfDB) meet in Gandhinagar in May, came days after China hosted with great pomp the first One Belt One Road (OBOR) summit in Beijing. The venture is expected to get further impetus in September during the visit of Japanese Prime Minister Shinzo Abe. 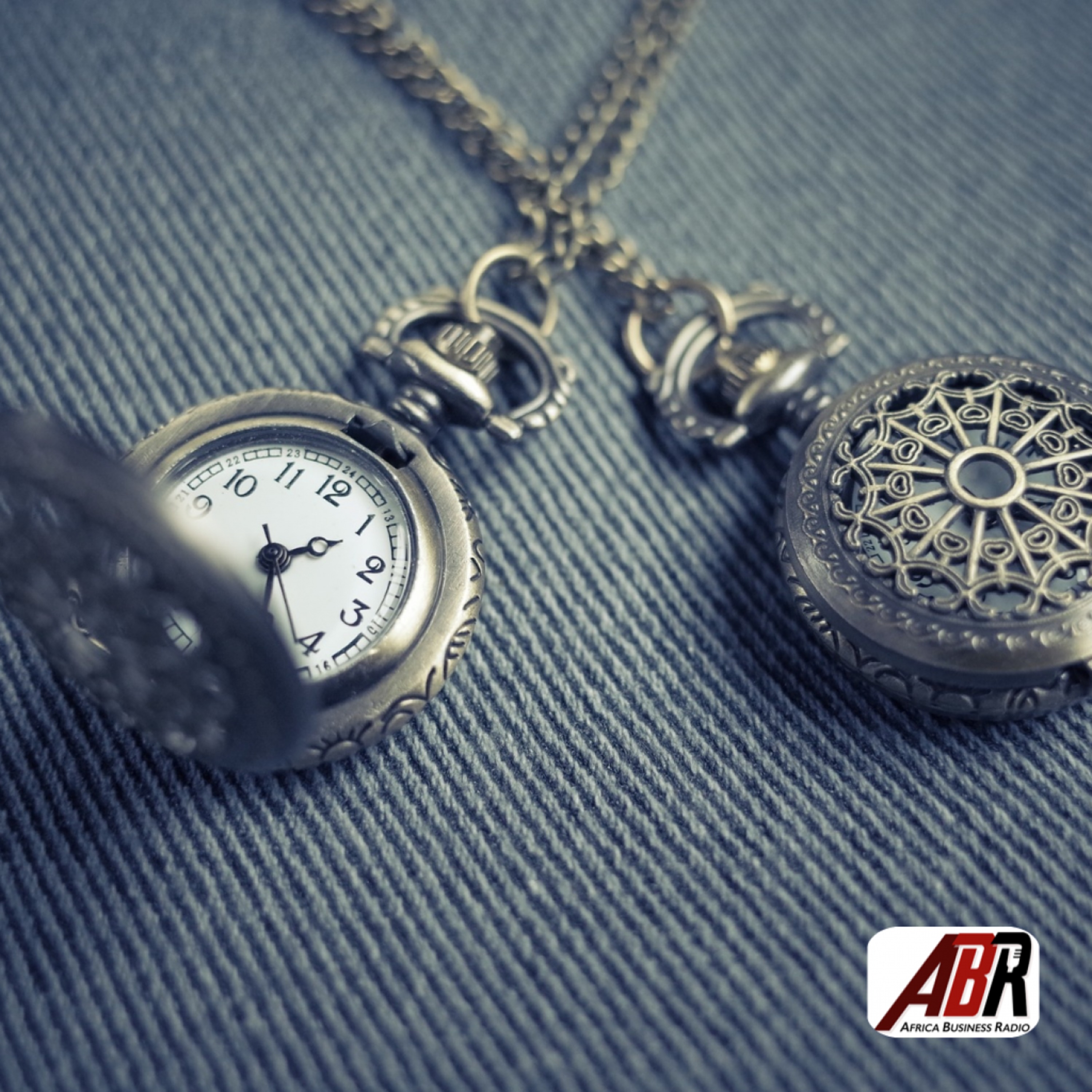 In this episode, Stephen continues his study of the aftermath of IMF regulations in Egypt as well as their next strategy, work with the BRICS National Development Bank. Egypt seeks through the 2017 BRICS summit to strengthen the economic relations with china. BRICS Summit aim to build a new platform of cooperation and create new conditions for joint development among the emerging markets and and frontier markets. Egypt also participated in the activities of the strategic dialogue on the development of emerging markets and developing countries, which was held at the presidential level on the sidelines of the BRICS Summit. 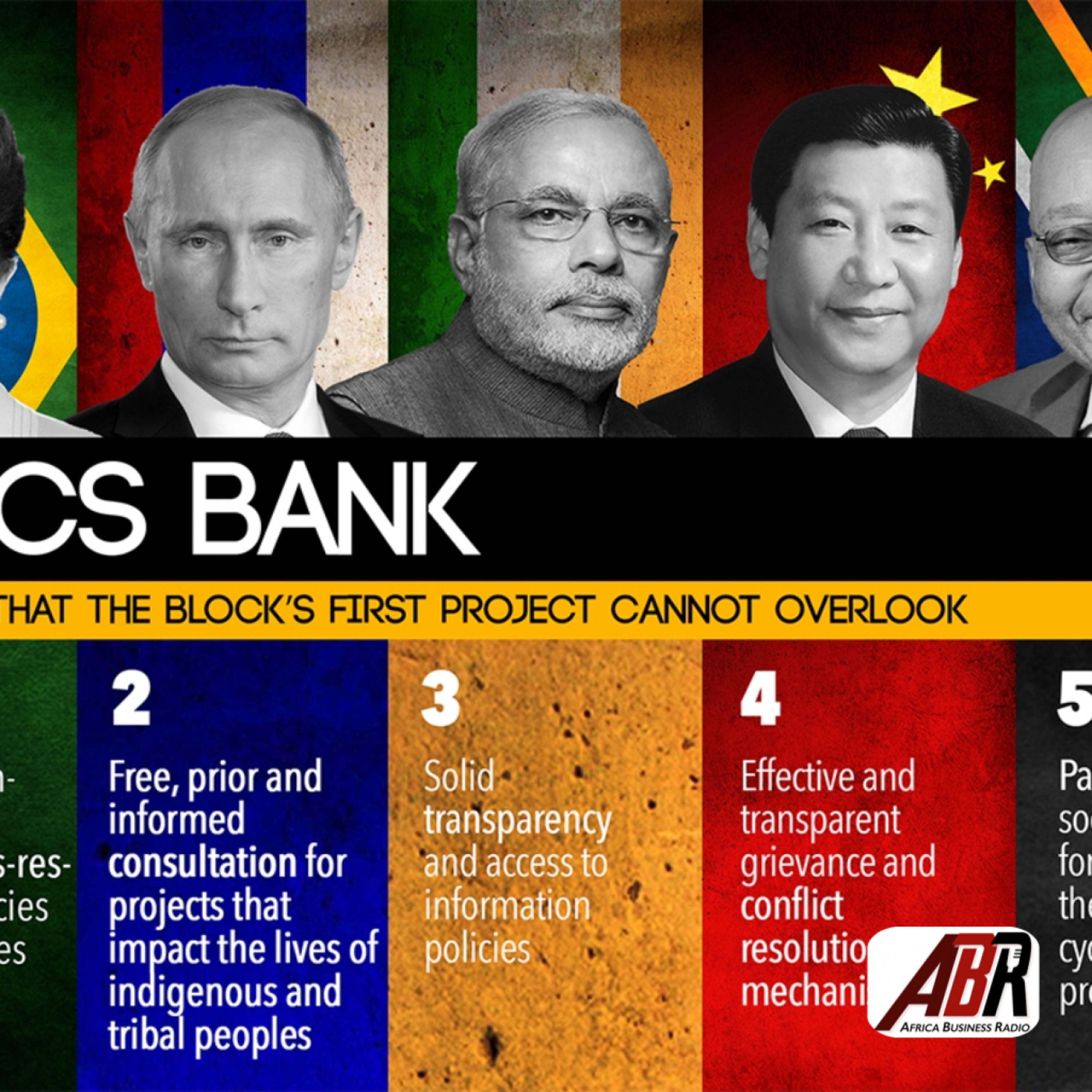