We explore an Innovative approach to developing a business Idea, citing Uber as an example.

What business can you start with just ?50,000 in Nigeria? 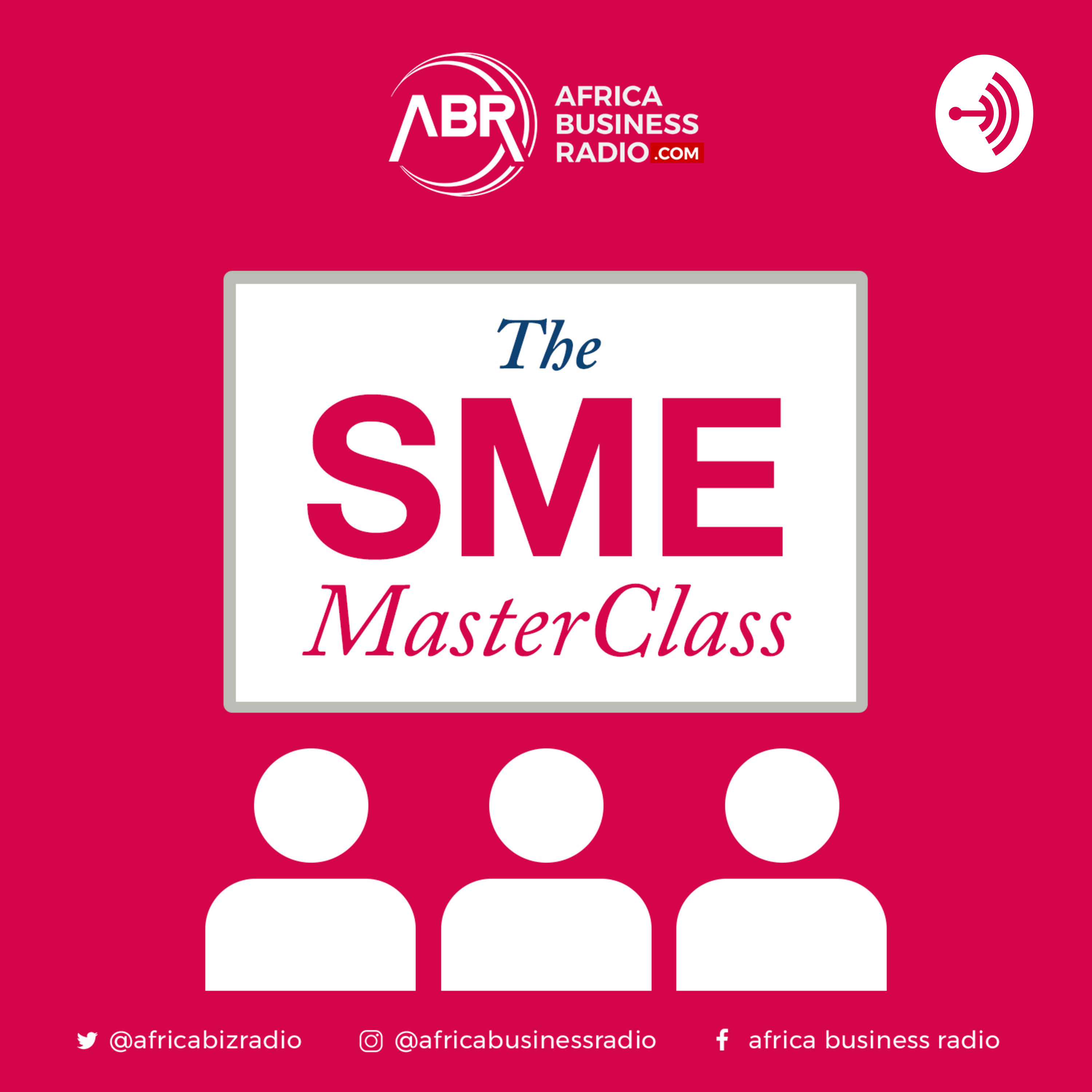 What Is Your First Memory of Money?

In my experience, there are very few absolute truths so it is wise to open anything to a conversation and a debate. Also many things we consider absolute truths are based on the lenses we wear due to our upbringing, our beliefs, our culture, our education, and many other factors. These factors affect how you relate to money, therefore, affect the outcomes you have with your money. This week’s question is What is your first memory of money? Some of us will have to go back further than others but please take some time and think back to the very first time, you realized that there was something called money. Was this a negative experience or a positive one? It is also important to see that most experiences are not entirely negative nor entirely positive. Too much of anything is usually bad for you. I love chocolate but having too much chocolate made me sick quite a few times in my childhood. I asked our listeners this question and here are some voice notes or videos from them. Feel free to also text or send videos to our different social media platforms. Another side of the coin is the segment where we analyze the topic of the day. We seek to look at it from different angles and see if there may be something we missing in our blind spots. there is no right or wrong, just different perspectives. I also have blind spots so feel free to share your different views. Remember the question for this week is Your First Memory of Money: Clarifying positive or negative aspect of the first memory. It is possible to change our view of our first memory by seeing it from a different perspective? Most people behaviors towards money reflect their first few memories of money. In my workshop, I ask attendees to share what they would have liked their first memory of money to have been, after that we do an exercise we were imprint that as their new memory of money. 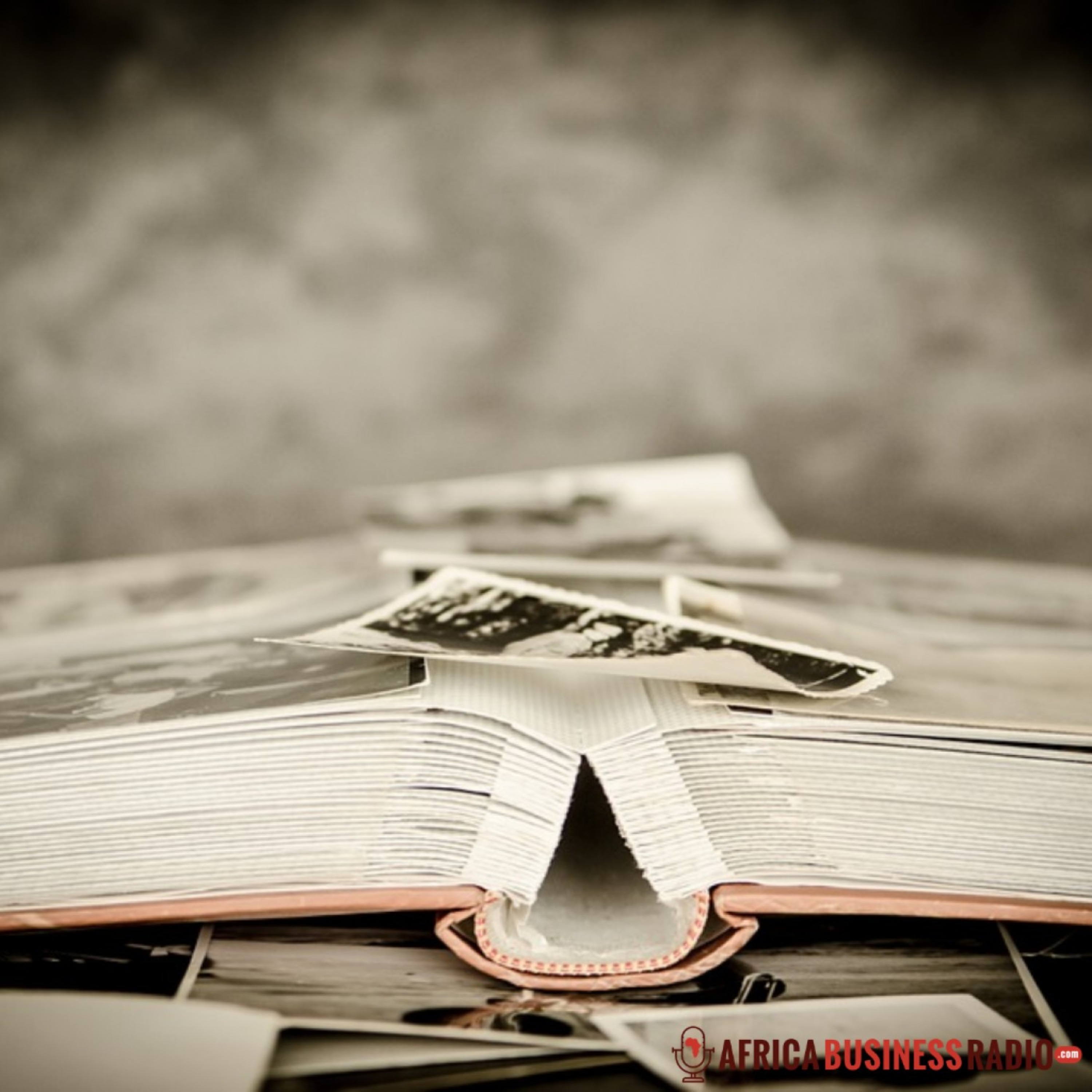 Dismantling The Taboo Status of Talking About Money in Africa - Mla

Welcome to the very first episode of the Money Fundi show. The Money Fundi show is all about getting Africa comfortable with talking about money. Money is seen as a taboo subject and we aim to dismantle this taboo status it seems to hold across our continent. Africa has a long history of wealth and riches, for example, the richest man who ever lived was an African, King Mansa Musa, of the Mali Empire, which was in West Africa during the 14th century In the modern world, for Africans to reach financial wellbeing, we believe that the foundation is financial literacy of each and every African. My name is Mlamuli Mbambo aka Mla and I am your host, right here on Africa Business Radio. Thank you for joining me today This show is a platform where Africans are empowered to build a positive and prosperous relationship with their money. This leads to them making better financial decisions which in turn lead to financial wellbeing The show aims to shed light on values, beliefs and head knowledge when it comes to personal finance; the show will demystify the personal experiences, underlying narratives, and decisions that lead us to our financial outcomes. The objective of this show is to assist our listeners to have reach financial wellbeing. 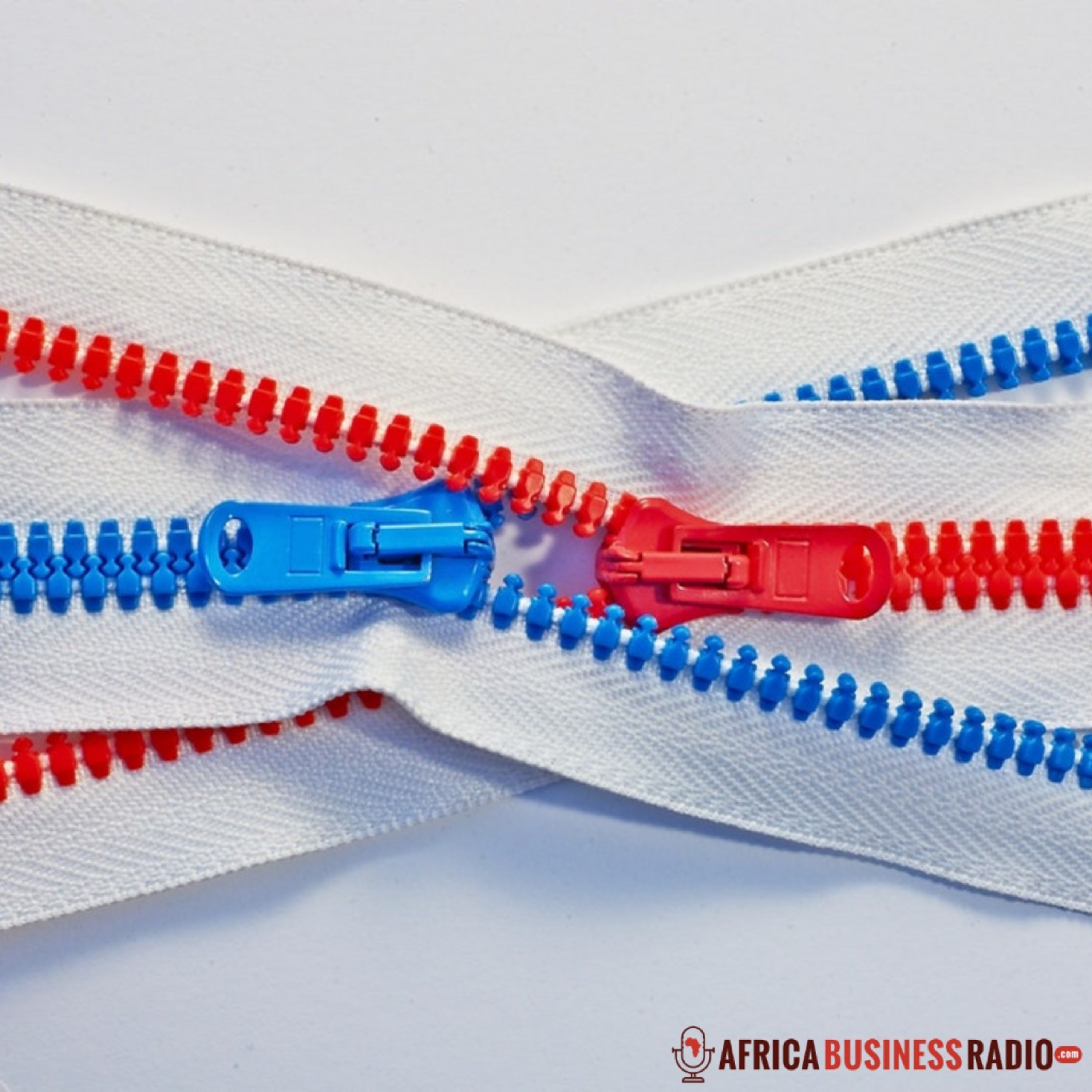 Ramesh Jeenarain, GM of World Leisure Holidays. Ramesh is a Mauritian and has been in SA for a number of years. He has an extensive knowledge of the travel industry in both SA and in Mauritius. David speaks to Ramesh on the current trends in Travel And Tourism in Mauritius. With a 7% increase in arrivals from South Africa to the paradise island of Mauritius for the year ended December 2017, it is clear that this luxurious, 5-star holiday destination remains very much in demand for local travelers. The Mauritius Tourism Promotion Authority (MTPA) is particularly pleased with the performance of tourist arrivals from South Africa during the past 12 months. 2017 ended on a positive note for visitors from South Africa to Mauritius, with an overall 7% increase in arrivals year on year to 112 129, compared to 104 834 in 2016. The new year has also started off on a positive note. In January 2018, South African arrivals to the island totaled 7 196, an increase of 10.3% from the 2016 figure of 6 522. And, South Africa ranks as the fifth highest source market for the month, contributing 5.9% of market share. In December, South Africa was the second best source market for arrivals to the island destination (behind France) with 20 838 arrivals (up 6.3% from 19 609 in 2016), and a 13.4% share in tourist arrivals for the month. Taking the entire year into consideration, South Africa represented an 8.4% share of overall tourist arrivals (that totaled 1 341 860), a slight increase from the 8.2% share for 2016, and was ranked the fifth best performing market (behind France, the UK, Reunion Island and Germany). This upturn in the arrival figures to Mauritius bodes well for a similar pattern unfolding as we head into 2018. According to the latest figures released by the UN’s World Tourism Organisation in its World Tourism Barometer, international arrivals globally also grew by a remarkable 7% last 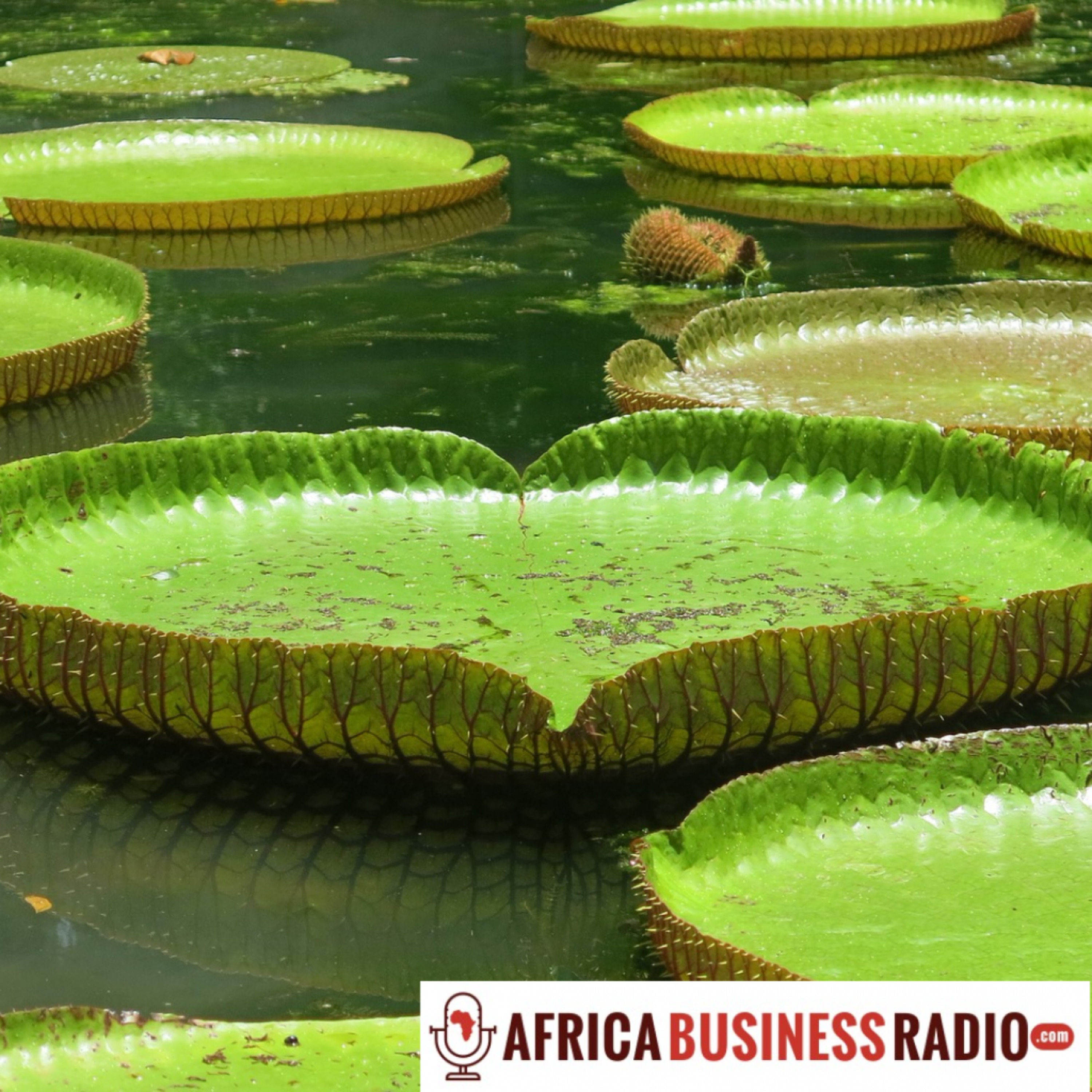 Chief Operating Officer of the Zimbabwe Tourism Authority, Givemore Chidzidzi, says though it is early to draw conclusions, the country’s new leadership bodes well for tourism. There are signs in Tanzania that community-based wildlife conservation efforts can effectively protect the natural resources that provide the lion's share of revenue for the economy. According to the deputy minister of Transport Sindiswe Chikungu, Department of Transport had developed a roadmap to address the shortcomings in the current economic regulatory framework for Airports Company South Africa, the SA Civil Aviation Authority and the Air Traffic and Navigation Services. Ghana Tourism Authority (GTA) is preparing for the 13th edition of the Kwahu Paragliding Festival, on the theme: “You too can fly”, which is one of the flagship events of the Ministry of Tourism, Culture, and Creative Arts; scheduled to take place at the Odwianuma Mountains from March 30 to April 2, 2018, at a flying fee of GHC250.00. 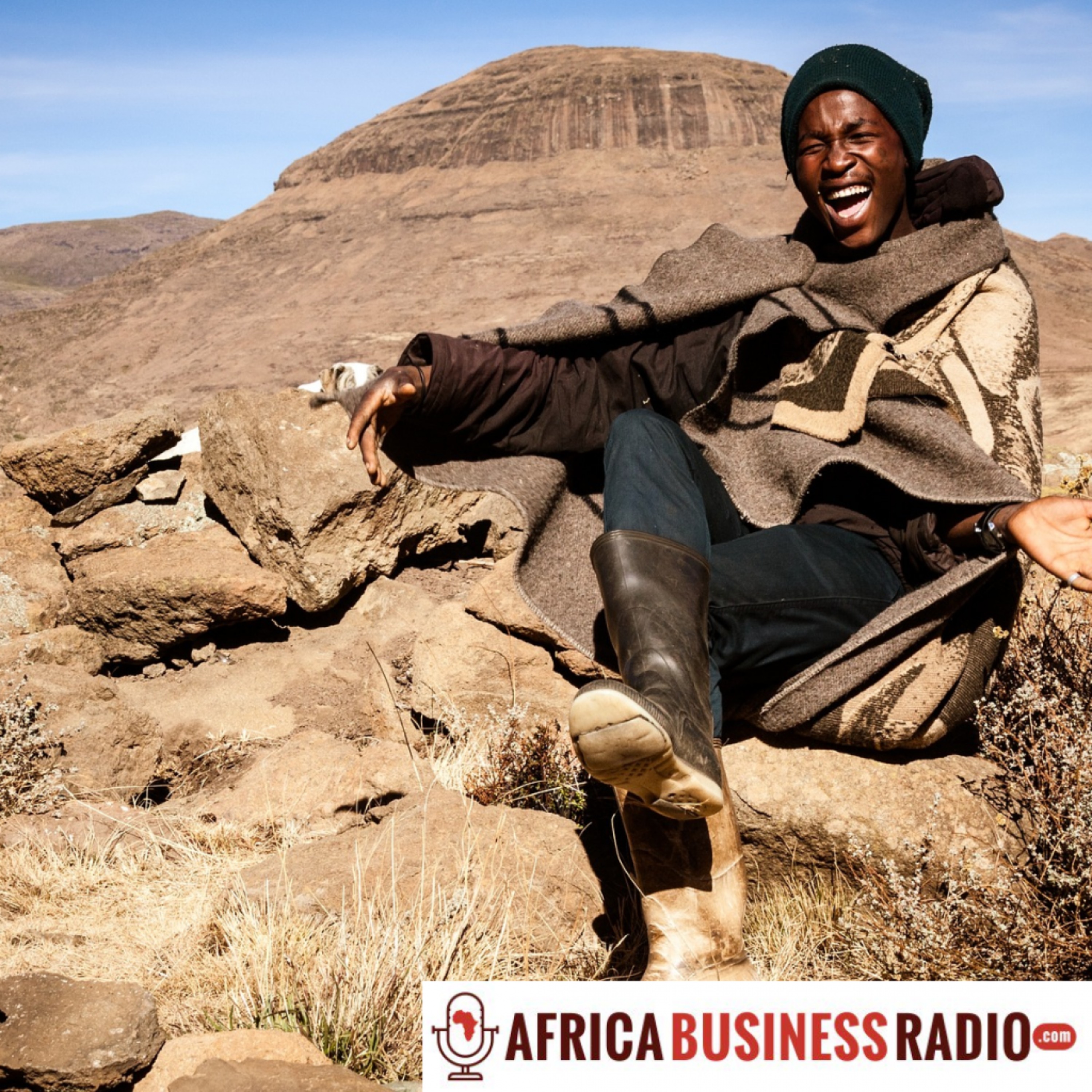 About Three decades the concept of single aviation market was first proposed by the then 54-member African countries. Earlier this year 2018, during the first AU General Assembly in 2018, 23 African states, including South Africa, Nigeria and Kenya, have launched a single aviation market in a bid to boost connectivity, reduce fares and stimulate economic growth on a continent widely considered the most expensive and inconvenient to fly around. This is one of the major moves towards achieving the ambitious Agenda 2064 which is tagged ‘The Africa We want’ The Africa We Want; A Shared Strategic Framework for Inclusive Growth and Sustainable Development. In its implementation, Agenda 2063 is leveraging on past and current initiatives which include: the Lagos Plan of Action, The Abuja Treaty, The Minimum Integration Programme, the Programme for Infrastructural Development in Africa (PIDA), the Comprehensive Africa Agricultural Development Programme (CAADP), The New partnership for Africa’s Development (NEPAD), Regional Plans and Programmes and National Plans. It is also built on national, regional, continental. On today’s show, we are discussing the Africa Single Aviation Market – Implication on Immigration/Travel Join us as we embark on this journey. 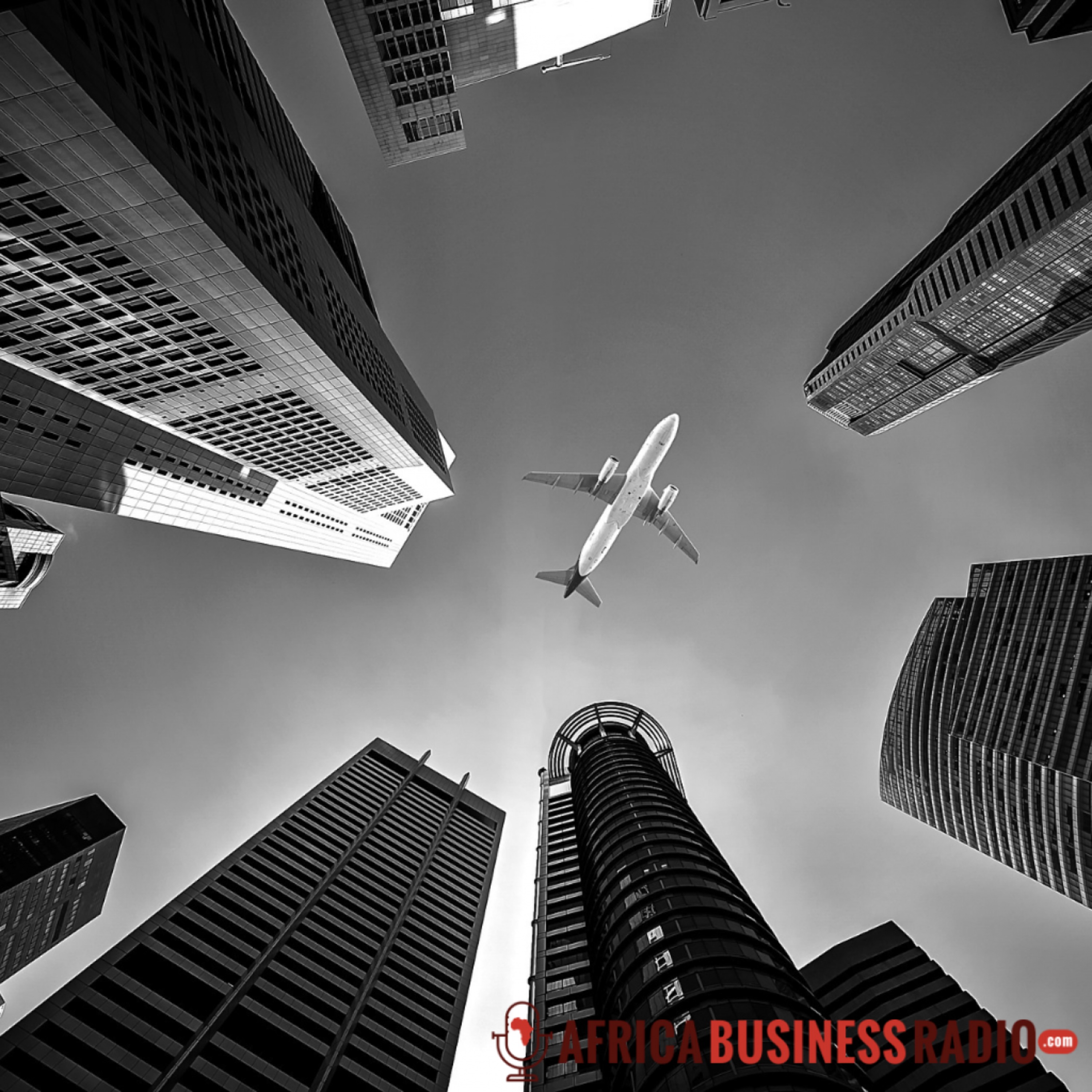 The African Travelers/Tourists, Where Are They Going?

According to Jumia Africa Tourism Report 2017, 1 out of 3 Africans are part of the middle class with enough disposable income to afford a vacation and are expected to double by 2050. The middle class is an important contributor to the growth of local and regional tourism. Africa accounts for only 3% of the world’s air traffic. ‘IATA’ predicts a stronger growth of 4.8% in passenger numbers in the next 5 years starting 2017, thanks to the increase of international flights into the continent. If I out of 3 African are part of the middle class, which means that one-third of Africans can afford to go on a holiday. This leads us to the question of African travelers/tourists, where are they going to? Especially in 2017, where are Africans going for a holiday, both within and outside of the continent? On today’s show, we are discussing African travelers in 2017, where are they traveling to for holiday. Monique Swart joins David on the show to explore this topic. Monique is the founder of African Business Traveller Association, ABTA is the only Member-led Business Travel Association with a focus on Corporate Travel not only in South Africa but across the African Continent too. ABTA provides a platform for Corporate Travel Management education and sharing of best practice by hosting region-specific industry events and facilitating information flow utilizing various platforms in countries across Africa including Angola, Ghana, Kenya, Nigeria and South Africa. Although ABTA initiatives are open and relevant to all industry sectors, educational focus is aimed towards the Corporate sector as we believe that a better-educated buying community will drive the continued elevation and advancement of the business travel industry. 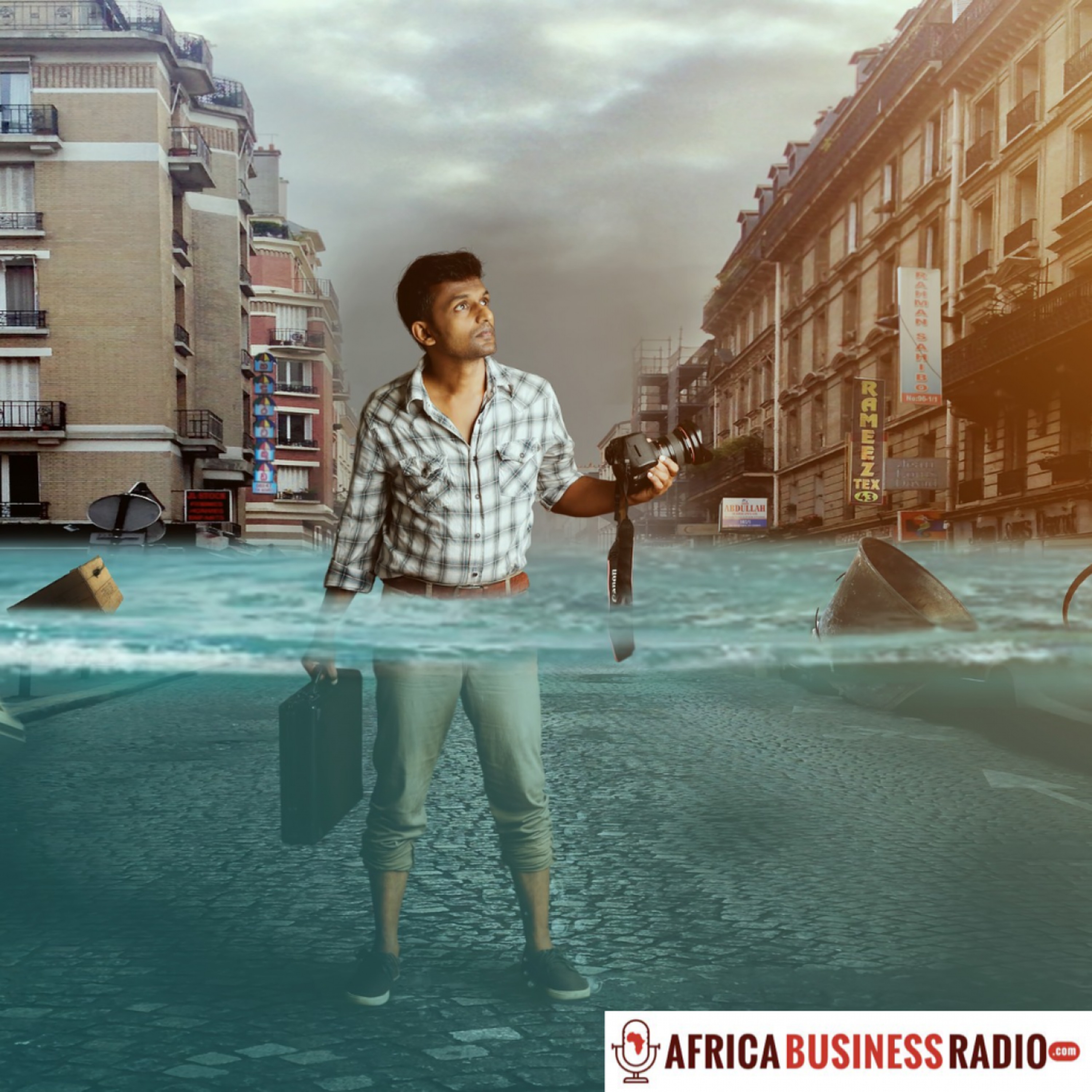 As tourists visit Victoria fall in Zimbabwe, soon, they will also be able to shop at Sawanga Shopping Mall, a $13 million multi-purpose shopping mall is being built. Africa is synonymous with bush safaris, however, a new trend has emerged, and with good reason – Africa is redefining EcoTourism. The United Nations dubbed 2017 the year of sustainable tourism for development. Ecotourism and sustainable tourism will continue to grow as travelers everywhere become more conscious of their responsibility as tourists. ? Will provide high-level insights into the current landscape of the travel/Tourism Industry in Africa ? ? We aim to engage professionals, industry stakeholders, tourism practitioners, regulatory organization etc on the current Trend on the business of travel/tourism in Africa; identifying Trends from the South to the East and West and also discuss some of the current challenges across the different region. ? ? We drive conversation on different topics around Tourism/Travel Business across different regions in Africa 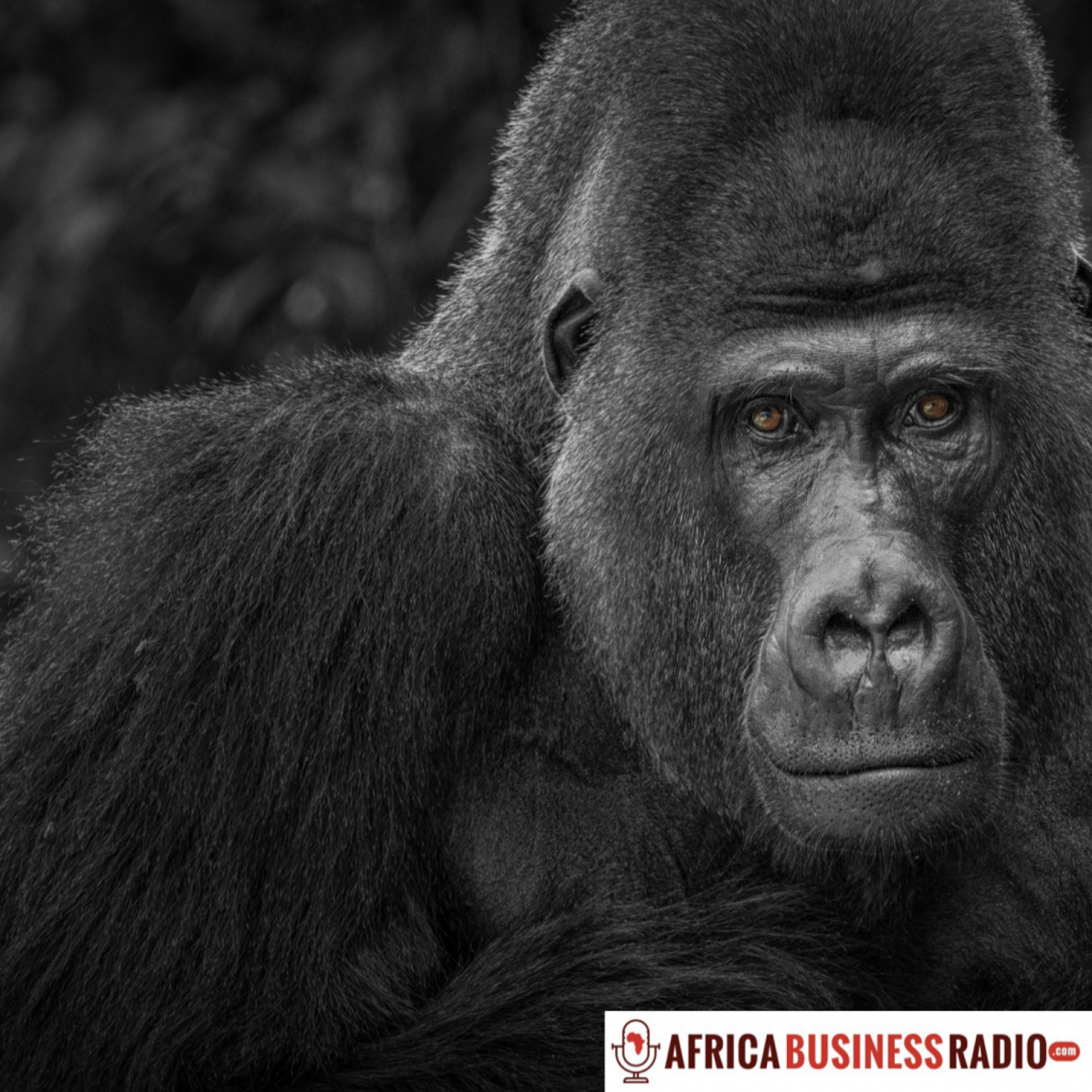 Africa's Tourism/Travel Industry Is Ready For An Explosive Growth

?Explore Africa provides high-level insights into the current landscape of the Travel/Tourism Industry in Africa; We engage professionals, industry stakeholders, tourism practitioners, regulatory organization etc on the current Trend on the business of travel/tourism in Africa; identifying Trends from the South to the East and West and also discuss some of the current challenges across the different region. By 2020, it is expected that 1.5 billion international trips will be taken - World Travel Market Africa 2017 Travel into Africa for business and leisure is on the rise, with 39 million inbound trips expected annually in Africa by 2020 - World Travel Market Africa 2017. Online sales power is on the rise. “Mobile is proving to be a game-changer with mobile bookings and sales increasing at an alarming rate – Euro-monitor International While “business and leisure are prospering” in Africa, leisure travel does not compare to business even though it’s picking up and niche tourism is the reason for leisure tourism - World Travel Market Africa 2017. 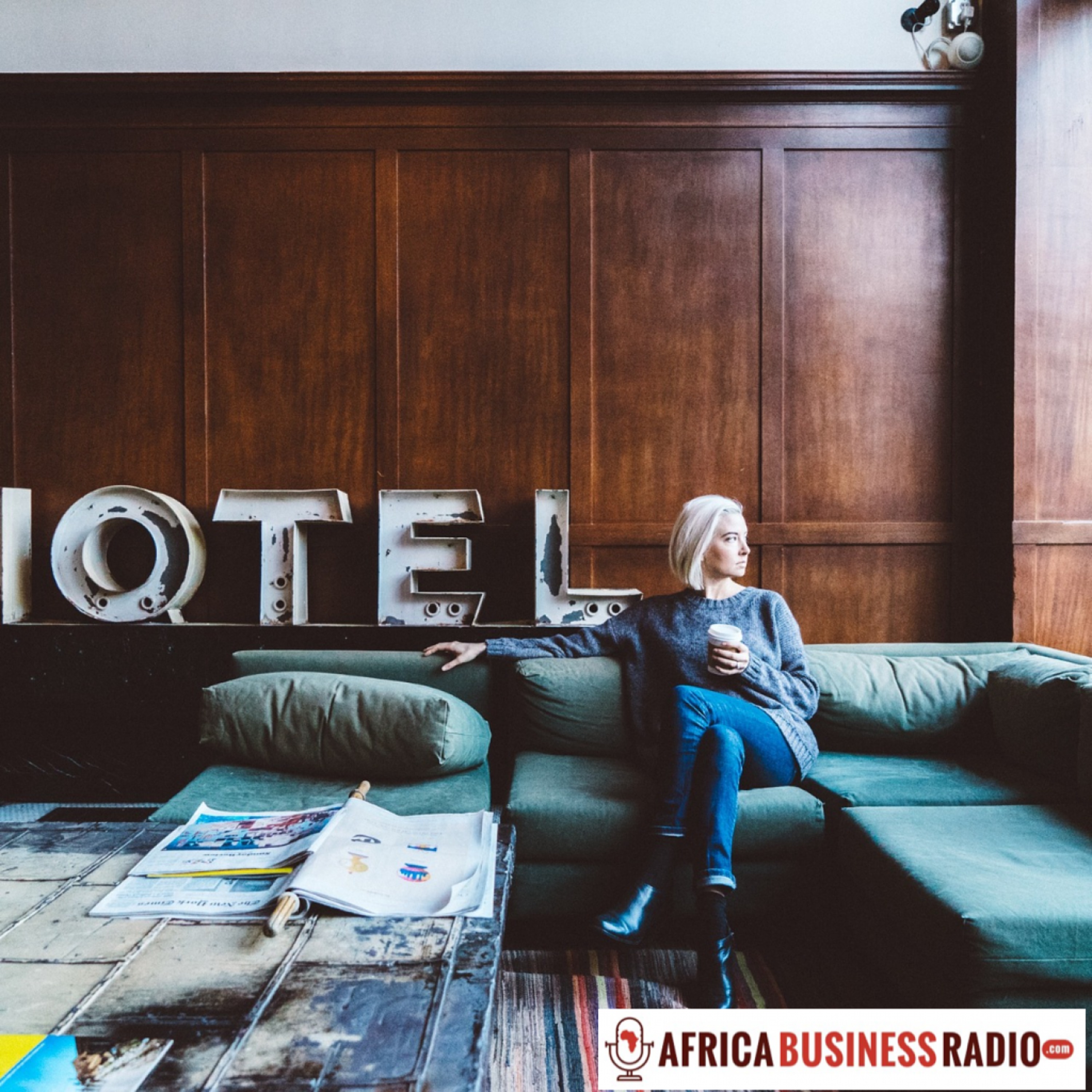