Shining A Light On Health Issues In Africa - Siby Diabira 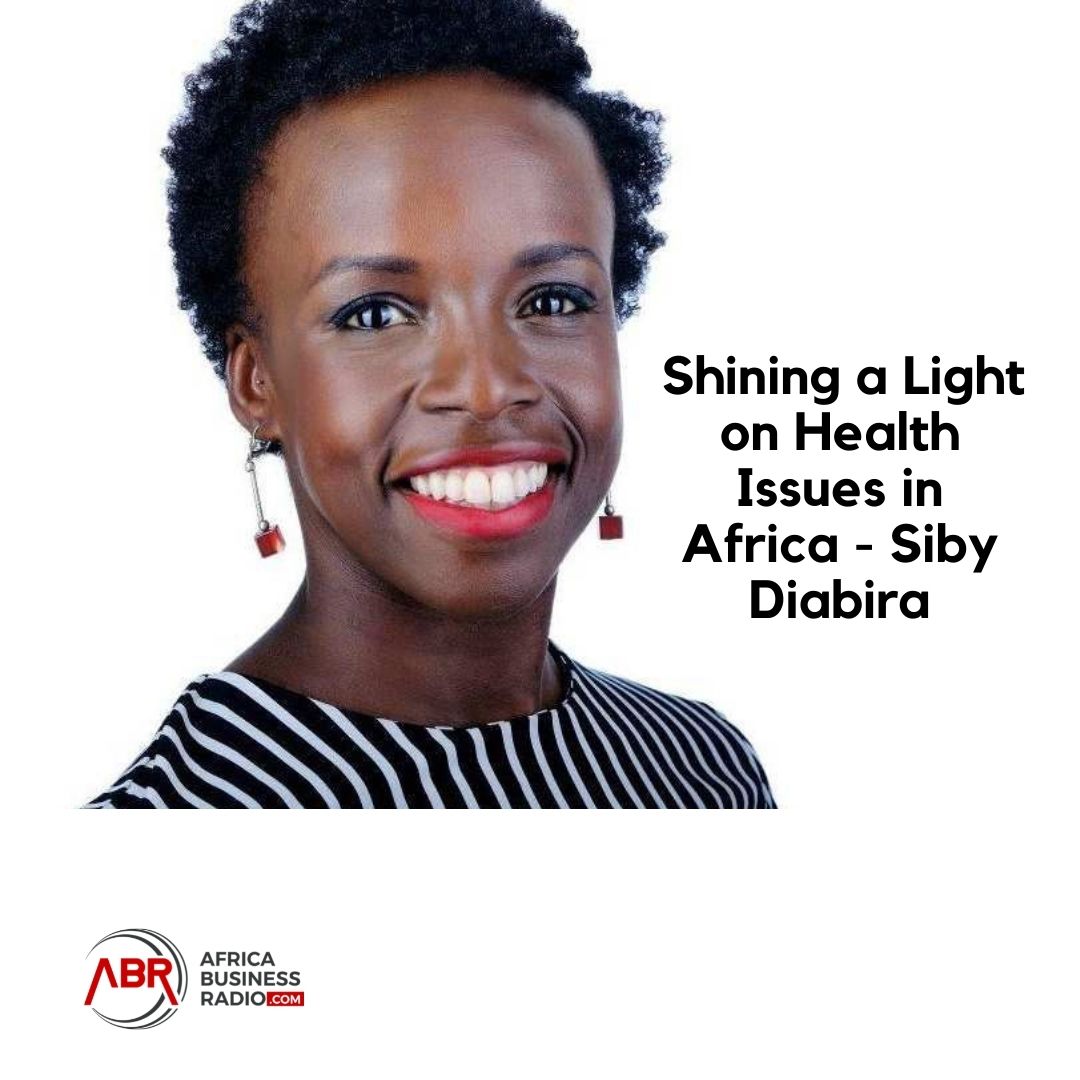 While World Health Day marks the advances that medical science has made toward human longevity and improved lifestyles, Africa still lags behind the rest of the world in terms of access to healthcare.

Siby Diabira, Regional Director for Proparco in Southern Africa and the Indian Ocean speaks on health, particularly the health issues in Africa and the increasing need for improved access to healthcare amongst others.

Welcome to the guest segment on Africa Business Radio,

Hi, good afternoon. It's a pleasure as well to be with you. Right.

So let's start with this, you know, the global COVID 19 pandemic, amongst other things, highlighted health inequities between, you know, the developed and developing countries looking at Africa, how did the pandemic itself demonstrate the unequal access or health inequity?

Thanks for that question. And that's very relevant. I think, what we did notice with the global pandemic is, of course, that there was quite a significant disruption in the supply chain and logistics in overall the war. And that was exacerbated, exacerbated in on the African continent, then the COVID 19 pandemic, did highlight the risk for Africa to be reliant and heavy, having a heavy reliance on the on most of the sectors, but especially on the healthcare one on the import side, and we could see that some initiative has been made, especially by the African Union, during that time, African Union did develop what's called Africa medical supply platform, that was digital pool resources that to enable all the government to procure COVID-19 essential supply essential goods for that.

I think the local manufacturing medical manufacturing will probably be fast-tracked with that thing that we did notice during that pandemic, which is unfortunately not over yet. And that will also depend on other factors, such as the implementation of the African continental free trade, which allows the different countries to work more efficiently with each other.

Fantastic. Now, what other health issues are we facing in Africa? You know, it can just be the COVID-19, we also have other things, other challenges. So what challenges is the health sector facing?

I think, yeah, before we go into the different other challenges, I think it's good to give a few numbers in overview for the people also to understand, what are we talking about. So Sub Saharan Africa, it's 11% of the global population in the world in which they still carry 2024 24%, I think of the global disease burden and only account for 1% of the global financial resources. So I think when we have this figure in mind, we understand as well, so what type of challenge we are all facing on the continent. And the first one for me is when you look at all the value chain, and we look at the OECD countries, you see that 70% of the disease at first diagnosis. So first, you need to have a good system as well to be able to good testing and quality of professional and that could help us to find and prevent the diseases before going to the medication and the pharma industry. And this is one I think key topic, of course, it's linked to education, you know, it's linked to the healthcare education, to have the possibility to have more nurses, more doctors, we do have a very quality one and on the continent, but it's not enough, especially when you look at the growth of the population which also goes with disease coming alongside with that. I think the one other challenges that we do face on the continent is as I said, adequately, like the professionals that are not enough. So that's one thing that will that is also coming to another challenge or so for the global population is also that most of the healthcare expenses are made out of them out of the pocket. So it is made in cash. And we need more and more. So bigger insurance markets, especially in their health care sector for the people to be able to have access to that healthcare in primary care, to have access to the primary healthcare. So that's another big challenge. And when we come back to the COVID-19, we saw that another challenge as well was also linked to the fact that there was a lack of coordinated approach to the rollout of the vaccine, unfortunately, and this is we can see that there are a lot of initiatives that are coming to improve those types of challenges.

Okay. All right. So with this being said it means there's so much going on in the health sector that needs to be addressed.

Speaking of investments, are there enough investments in the health sector, you know, especially investments in pharmaceutical technology, when we looked at the figures, we saw that the especially the over the next decade, like the continent, when you look at Sub Saharan Africa, specifically, we need between 25 and 30 billion USD equivalent of new investments. So meaning, to answer shortly, of course, your question, there is not enough investment. And I think we are when I say we it's all the different institutions, but also the government because we are also part of the French Development Agency. And we see that all those different institutions and the government the first of all, are working to put this hopefully at the priorities at the wrong priority sector because you can't be able to, to invest on the NSA from private to public if they need to have a higher partnership between the private and the public side, to make sure that we have a better healthcare system. And if you have a better healthcare system on both sides, hopefully, we will have also people that can have access to affordable to have access also to primary healthcare, especially for low-income populations.

Now, you mentioned the government, what role exactly are they playing in you know, bolstering the continent's vaccine supply chain, because, you know, we spoke about not us in Africa not having equitable access to vaccines over here, which is a major problem. So, what is the government doing, or if they are not what can it do?

I think it depends on which are so part of the healthcare industry, you are in but they are playing they have to play a role in each of the different segments. If we take, for example, the pharma industry, the pharma industry is one of the highest and highest regulatory sectors in the world, because before going to market with new drugs, you need to have different types of authorization from the different either governments or specialized organizations. And this is where we can see that, especially in the context of Sub Saharan Africa, where people do have struggled to buy let's say, drugs, and we can see that the, for example, the generic drugs is, is a massive market, and can also help a lot in terms of healing some of the diseases and helping some of the population. This is where also the mean the government is playing a key role is to be able to give access or to have a better representation or to have a better framework, for those types of drugs. I mean, if we take, for example, South Africa, the generic drugs represent more than 70% I think in terms of volume. And this is also linked to the fact that the government made it mandatory for the pharmacists to use first the generic and then use the original drug when they cannot find the same generic or when it's mandatory to use the other one, but I think it's also that that can leverage a lot of pharma but it's also the case and we have another example on the on diagnosis or vaccine as well to make sure that everybody can have access to affordable health care.

Perfect, perfect. Now let's look at a partnership. You know, there's one between your company Proparco, Aspen, and biovar speak to us about this partnership.

Yeah, no. I will be Yeah, of course, happy to speak about those, those two different partnerships. Maybe just as a, as a quick note to say that we as a French development finance company, so we are the subsidiary of the French development agency, we are a bilateral bank, and we do support in different sectors, and str is of definitely part of, of our mandate, and it's on top of what we have to do. So we are supporting consenting Proparco, the private sector, and we did join forces in the case of aspen PharmaCare. With IFC, which is the multilateral development finance company, sorry, and the German one DG and new HDFC. I think though all those different development finance entities are here also to provide long term funding for those types of groups such as Ben, who has the ambition, and he's already very strong in these different markets, but to have long term funding, are here to continue to develop this capacity is capable to provide its vaccine, as we can see, I recently did announce that he is able also to provide what we call now the Aspen, Vax, and all facility with our different development agencies to is to accompany and to finance those types of projects. And that's a long-term partnership, that we did deal with Aspen. So the other one, I think is probably to Aspen, it's a biovar Institute.

The amazing thing that Proparco is doing, how's the reception been So far, you know, this project that you've been on? Have you, would you say you've been able to fill the gap in the health sector with this partnership?

I think it's a work in progress. And we have to be completely modest on that. I think as we said before, the investments that are needed in the next decade, are between 25 and 30 billion new investment dollars. So when we look at that investment is a small piece of what can be done. As mentioned, I think we need to gather and join more forces or so as a public-private, to attract more investment from development institutions, but also from the government and in the private sector as a whole.

Alright, thank you so much for joining us on the show. Siby.