The Business Of Hollywood Versus Nollywood - Boma Akpore 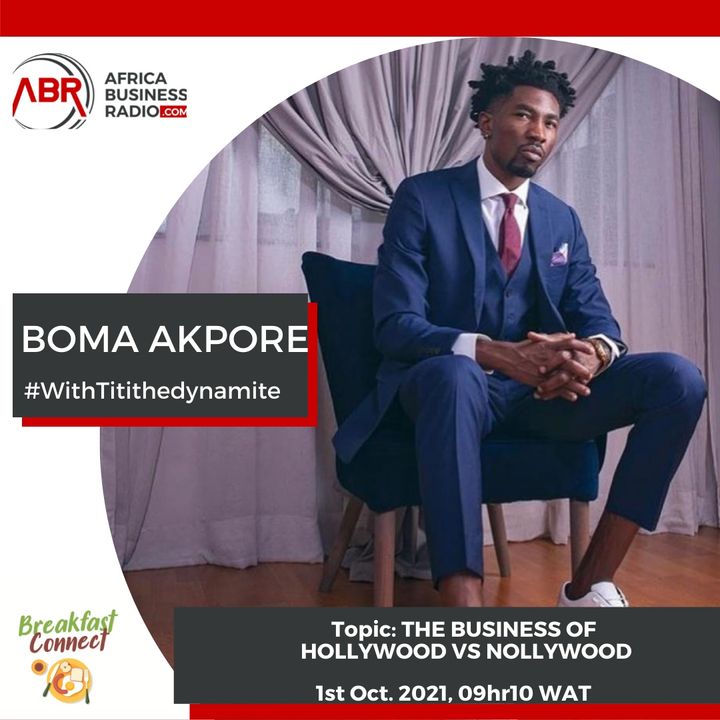 Titilayo Oyinsan speaks with the Controversial Boma Akpore as he continues to strive towards success and achieving his goals. Having worked with Hollywood stars like James Spader, Ben Stiller, and many more, after walking catwalks in New York and Milan. After training with Charles Hernandez in doing stunts, And now after leaving the Big Brother Naija House season 6 and becoming an Ambassador for AFRIFF, he has set out to do great things.

Boma Akpore, an only child, was born and raised in Lagos, Nigeria. He grew up playing soccer, hoping to play pro someday. In 2003, he was scouted by his childhood best friend&#039;s older brother, Ola Olowu, who worked for TBWA, a well-known advertising agency in Nigeria. Boma was chosen for a campaign with MTN, one of Africa&#039;s largest telecommunication networks. He took part in Nigerian Fashion Week 2004, one of the most prestigious shows held in the country. Boma was the youngest model to grace that runway. He immediately became sought after and went on to model for top designers as JD 7, Adedakare Couture, and Emmy Collins, as well as DIOR and Nike.