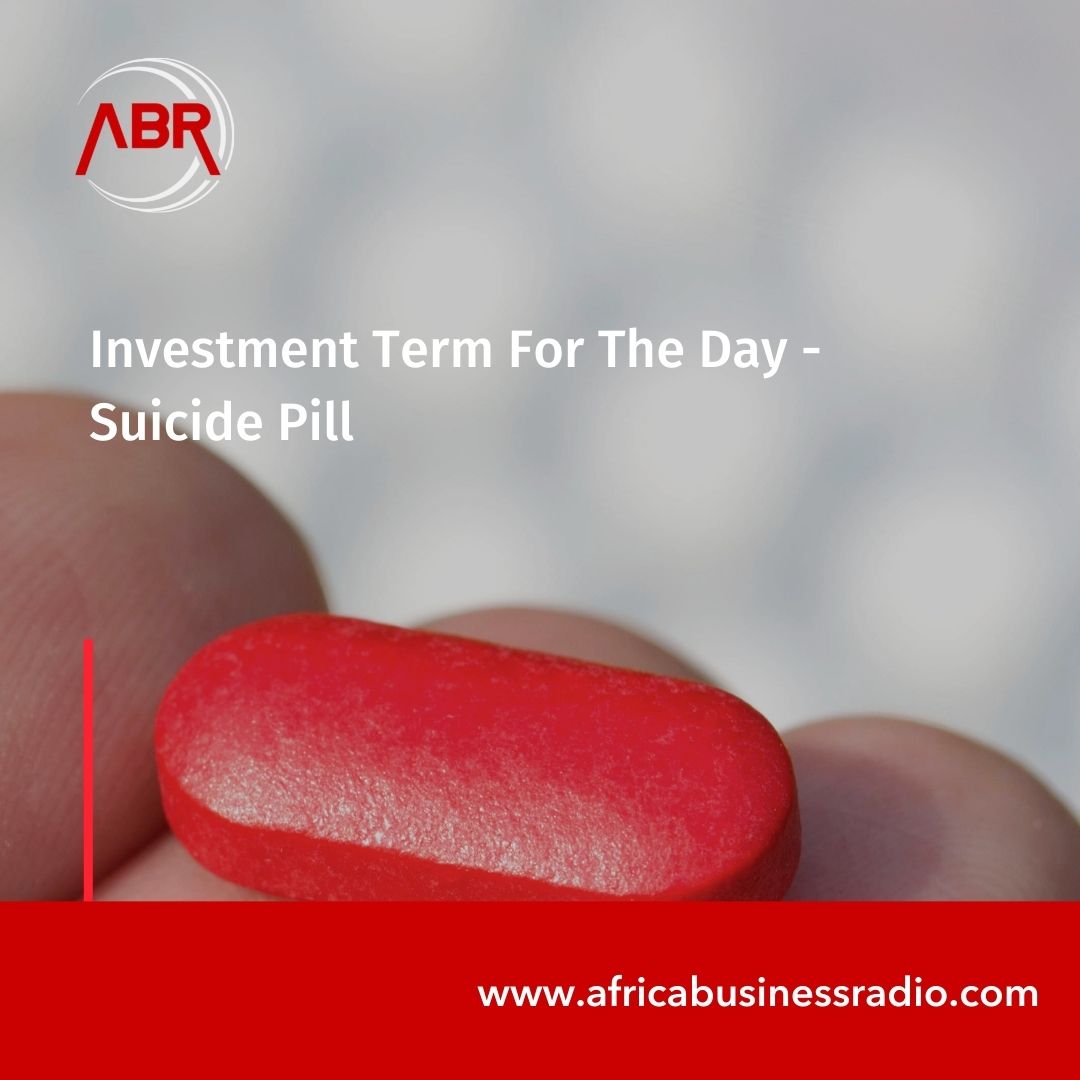 A suicide pill is an aggressive defensive strategy utilized by a target company to prevent attempts at a hostile takeover. The prey, as a last resort, engages in self-destructive measures to put off its suitor, favoring potential bankruptcy over the prospect of a merger occurring.

A suicide pill can also be referred to as the "Jonestown Defense," in reference to the cult that committed mass suicide by poisoning in Guyana in 1978.

The suicide pill defense tactic is considered an extreme version of the poison pill: an anti-takeover strategy that consists of allowing existing shareholders the right to purchase additional shares at a discount to dilute the ownership interest of any new, hostile party.

Suicide pills differ from situation to situation and may result in the breakup or dissolution of the company. Such a defense is most often implemented in circumstances when a competitor attempts a hostile takeover, and the target&#039;s management or current ownership, viewing the takeover as a foregone conclusion, would prefer the company cease to exist than see it fall into outside hands.